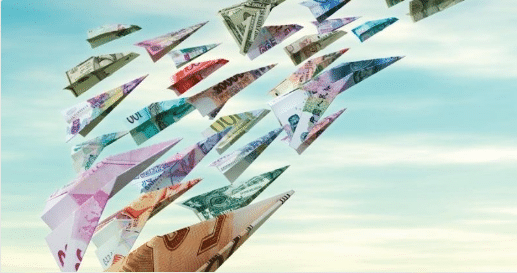 Posted at 20:08h in In the News by CenturionWealth 0 Comments
0 Likes 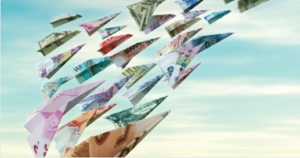 When investor demand​ meets a hot market — as international ETFs are experiencing today — you’d expect the industry to roll out new products like a World War II assembly line.

While that hasn’t happened yet, the rally in international stocks is still young, and fund companies are gearing up for wartime production. Advisers can expect innovative exchange-traded funds to come their way this year, but will those funds be worth considering for client portfolios?

Despite the ripsnorting bull market in the U.S., investors have yanked a net $198 billion from domestic stock funds since the start of 2010, the first year the Investment Company Institute began reporting combined ETF and mutual fund flows. At the same time, investors have poured $1 trillion into international stock funds.

Of the combined $3.8 trillion in international ETFs and mutual funds today, just $863 billion is in ETFs — so there’s plenty of room for ETFs to catch up. And looking at flows over the past year, it seems they eventually will.

In the 12 months ended Jan. 31, of the approximately $279 billion flowing into international stock funds, $185 billion went into ETFs versus $94 billion into mutual funds, according to ICI.

CHANGE IN FLOWS OVER PAST 12 MONTHS
$279 TotalDomestic stock fundsInternational stock funds
-$40B
$94B
Mutual Funds
$185B
ETFs
Source: Investment Company Institute, as of Jan. 31

Who is pushing all that money into international ETFs? You guessed it: financial advisers. Most money that moves into ETFs does so with an adviser at the helm, and the flow is likely to quicken this year.

The InvestmentNews 2018 Outlook survey of 344 advisers in December found that while only 12% of financial advisers plan to increase allocations to U.S. equities this year, 45% plan to raise allocations to international equities. Advisers also said they have an average of 31% of client assets in exchange-traded funds, and 29% plan to add more to that in the area of international equity in 2018 (27% also pointed specifically to emerging markets).

“We have been increasing international exposure for the past two to four years based on a client’s situation,” said Aaron Clarke, financial adviser at Acorn Financial Services. “Our offices manage over $800 million in assets, and most clients have at least 50% of their equity exposure in international investments.”

Higher returns from overseas in the past 12 months will only encourage more flows to international ETFs. After a decade of lousy performance, the Europe, Australasia and Far East index (EAFE) woke up over the year, gaining 18.3% through Feb. 27, versus the S&P 500 index’s 18.1%. Furthermore, most foreign markets are cheaper, relative to earnings, than those in the U.S.

“We have increased our international exposure this year and last year to both developed international and emerging-markets international,” said Sterling Neblett, founding partner of Centurion Wealth Management. “We feel that international equities are currently selling at cheaper valuations than domestic equities. Another interesting fact is that they still have not reached their 2007 pre-financial-crisis peak levels yet.”

“Most of those various flavors of vanilla have been on the menu for a long time,” said Ben Johnson, director of global ETF research at Morningstar Inc.

But that’s changing. For example, the industry has rolled out 25 international strategic beta ETFs in the past 12 months. (Strategic beta funds, also known by the moniker “smart beta,” use hedge-fund strategies to either increase returns or reduce risk.)​

“[INTERNATIONAL EQUITIES] HAVE NOT YET REACHED THEIR 2007 PRE-FINANCIAL- CRISIS PEAK.”STERLING NEBLETT, FOUNDING PARTNER, CENTURION WEALTH MANAGEMENT“It stands to reason that if you didn’t want to own market-cap-weighted funds in the U.S., it would be logical to follow the same philosophy internationally,” said Todd Rosenbluth, senior director of ETF and mutual fund research for CFRA.

“With the growth in foreign markets, they’re becoming too important to ignore,” said Greg Friedman, head of ETF management and strategy at Fidelity Investments. “What we’re seeing now are more targeted products aimed at regions and countries, and specific ways to slice and dice sectors and factors.”

“It stands to reason that if you didn’t want to own market-cap-weighted funds in the U.S., it would be logical to follow the same philosophy internationally,” said Todd Rosenbluth, senior director of ETF and mutual fund research for CFRA.

“With the growth in foreign markets, they’re becoming too important to ignore,” said Greg Friedman, head of ETF management and strategy at Fidelity Investments. “What we’re seeing now are more targeted products aimed at regions and countries, and specific ways to slice and dice sectors and factors.”

Another area of ETF fascination is dividend yield funds. Overseas stocks tend to have higher dividend yields than their U.S. counterparts.

“There are fairly new entrants in this area, and [they] have grown at a pretty rapid clip,” said Mr. Johnson of Morningstar.

Advisers also likely will see a boom in international ETFs that focus on environmental, social and governance concerns. Europe already is awash in them, but only four ESG ETFs have launched in the past year.

“It’s a story that might resonate here, particularly with millennials,” said John Swolfs, chief executive of Inside ETFs.

And, of course, there are international ETFs with extremely narrow or unusual focuses, such as Arrow DWA Country Rotation ETF (DWCR) and Arrow Dogs of the World ETF (DOGS), both launched within the last 12 months. The former is a momentum strategy based on country performance; the latter is a variant of the Dogs of the Dow strategy.

What could go wrong?

Enthusiasm for international investing is high among advisers, and with new products rolling out to meet demand, it’s easy to get caught up in the swell. But risks particular to investing overseas should not be downplayed if an adviser hopes to prevent the exuberance from becoming irrational.

Much of the recent boom in international returns stems from the decline in the dollar, which boosts returns on overseas stocks for U.S. investors. EAFE has gained 18.33% the past 12 months in U.S. dollar terms, according to MSCI; in local currency, it’s up just 8.40%. For continued high performance, international stocks typically need a combination of a bull market and a declining dollar.

And the risks of investing globally go beyond currency swings. Some international stocks, particularly emerging-market stocks, are not as liquid as their U.S. counterparts. Then there’s sovereign risk: Argentina, Greece and Turkey all could roil the international markets.

“To load up with foreign stock now because it’s hot would be a mistake,” said Steve Janachowski, CEO of Brouwer & Janachowski.

One promising development in the international arena that isn’t as flashy as smart beta or factors is low cost.

“Franklin’s ETF group is made up of a large number of iShares alumni who are keen to take market share from their former employer,” Mr. Johnson said. “iShares has dominated single-country funds from the beginning.”

In fact, for many advisers, the biggest benefit of an international ETF boom may be lower costs rather than more choice.

The ETFs that have gathered the most assets in the past 12 months have been those with the best distribution systems — typically, companies with low costs that cater to advisers, Mr. Johnson said. Three of the top five largest international smart beta stock ETFs by new inflows are from Charles Schwab & Co.: Schwab Fundamental International Large Company ETF (FNDF), Schwab Fundamental Emerging Markets Large Company Index ETF (FNDE) and Schwab International Small Company ETF (FNDC). The other two come from iShares, and all five have expense ratios of less than 50 basis points.

The takeaway for advisers: You will now have many more options for international ETF investing than you did even five years ago. Use them wisely.

Find the article on Investment News.