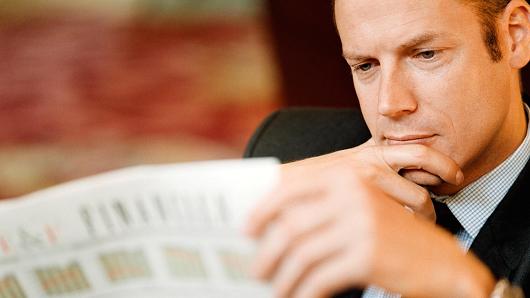 Posted at 22:07h in In the News by CenturionWealth 0 Comments
0 Likes 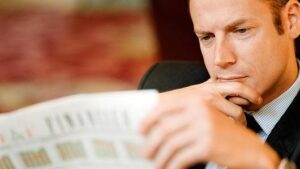 If Wall Street pundits are on the mark with their predictions of increased market volatility coming down the pike, passively managed funds could be in for a wild ride.

For investors with money in passive options such as exchange-traded funds, financial advisors say now’s a good time to make sure that’s truly where they want to park their money.

The reasons for ETFs’ booming popularity generally are due to their lower fees, transparency, liquidity and tax efficiency.

But, financial advisors caution, their performance is identical to that of the index tracked (with some exceptions), for better or worse. And while passive investing looks good when the whole market is going up as it has for eight years, a variety of economic factors and investor sentiment could bring the party to an end.

“If you look at about 2009 until [2015] … you could have thrown a dart at the market and whatever you hit did well,” said Sterling Neblett, CFP and founding partner of Centurion Wealth Management. “But I think we’re hitting a stage where that’s not going to work as well.”

From the trough of the Great Recession in March 2009 through early 2015, various research shows there was little dispersion among stocks — that is, they moved in lockstep on their upward march. The Standard & Poor’s 500 Index, considered a broad measure of the market, boasted annualized returns of roughly 15 percent during that time.

And while the market has continued its climb despite a couple of bumps along the way, some reports out of Wall Street suggest that picking strong-performing stocks will become even more challenging.

Concerns about stock valuations, coupled with rising interest rates and uncertainty regarding how and when President Trump’s policies could affect the economy, are contributing factors.

This means that active managers could get the chance to show critics why their funds typically come with an average expense ratio of 1.19 percent, compared with 0.56 percent for ETFs and 0.82 percent for index funds.

Given forecasts for market storms and the possibility for a correction, some financial advisors — who in the aggregate have been big consumers of ETFs for their client portfolios — already have moved some client money to active managers.

Barbera said his firm believes that the U.S. is in the late stage of an economic business cycle. So in addition to decreasing equity allocations in client portfolios, his firm has moved some money out of ETFs and into actively managed funds.

“Right now, with so much uncertainty and the market being more likely to have a downturn, if we can go active to sidestep it, we will,” said Barbera of Newbridge Wealth Management.

For instance, his firm moved out of a large-cap-value ETF and into a comparable actively managed fund because its managers can sideline money to protect the fund’s investors against downsides.

“They don’t have a mandate to be fully invested the way an indexed fund does,” Barbera said. “The [active fund’s managers] have the ability to not invest if they don’t see anything to invest in.
“Right now, in the fund I use, they have 10 percent to 15 percent in cash.”

Barbera said he views the higher cost as insurance against the downside.

“In general, with a combination of both active and passive, you get the best of both worlds.”

“There’s no question that it costs more, but we think the cost is worth it [due to better performance],” he said.

But, not all active managers are created equal. In a universe of 24,000 actively managed mutual funds in Morningstar’s database, about 69 percent of them failed to beat their category benchmark in 2016. The long-term stats are no better.

While Barbera and his peers routinely do in-depth research on actively managed funds before putting their clients’ hard-earned money in them, advisors say that go-it-alone investors need to make sure a full vetting is part of their investment process.

Jane Nowak, a CFP with Wealth & Pension Services Group, said her firm is cautiously optimistic about domestic stocks and remains invested in ETFs for equities, but bonds are a different story.

“We’re in an increasing–interest-rate environment, so that calls for active management,” Nowak said. “If you’re in [passive] bond ETFs, you might want to consider moving to an actively managed strategy.”

Although many investors mistakenly think bonds are 100 percent safe, a trajectory of rising interest rates can turn the tables, as bond prices drop when yields rise.

Many financial advisors also say choosing passive or active management does not have to be an either-or situation.

“In general, with a combination of both active and passive, you get the best of both worlds,” said Neblett of Centurion Wealth Management. His firm, which tends to invest more conservatively for its clients, has all fixed income in active management options. Some client money also has been moved out both bonds and stocks and into hedging strategies to mitigate portfolio risk.

And, advisors say, if your portfolio is constructed properly — that is, your asset allocation and portfolio diversification are accurate reflections of both your risk tolerance and your timeframe for needing the money — potential volatility or corrections should cause you no lack of sleep.

“It always goes back to asset allocation and whether someone’s portfolio is properly allocated to mirror their risk tolerance,” said Nowak of Wealth & Pension Services Group. “If your assets are properly allocated, you won’t be absorbing any risk that you hadn’t planned for.”