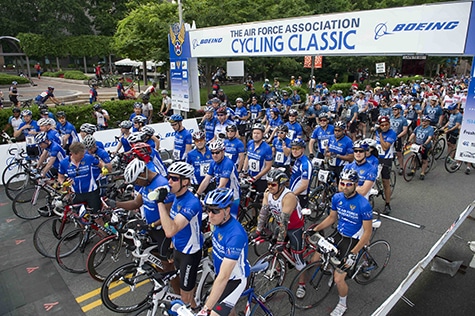 Posted at 15:07h in Events by CenturionAdmin 0 Comments
0 Likes 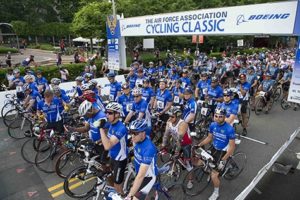 Come join Mark McKaig, Sterling Neblett and Centurion Wealth to ride in the 9th annual Air Force Association Cycling Classic. Starting and finishing in Crystal City, it is a 15km closed course in and around the Pentagon. Crystal City and the Air Force Memorial. The Challenge Ride is an amateur, non-competitive, participatory ride, open to cyclists of all abilities. You have 3 hours to complete as many laps as possible. Our team participation goal is to raise $1000. Below are more details about the event and registration process.

Air Force Association remains committed to taking care of our wounded, ill and injured Airmen that have given so much to our Air Force and our nation. Under a formal Memorandum of Understanding with the United States Air Force, AFA operates our Wounded Airman Program (WAP) in partnership with the Air Force Wounded Warrior (AFW2) program to provide much needed support to our wounded Airmen. Examples of support include prosthetics, financial aid, caregiver support, on-site support at adaptive sports camps and the Department of Defense Warrior Games and much more.